It’s quite apparent what is happening here. Plants attached to mechanical massagers are moving—or dancing, we might say, if dancing did not require the force of will—to music in a discotheque-like setting. The massagers are sourced second-hand. Their owners did not want them anymore; perhaps the machines did not live up to the owners’ expectations, or they stopped working. The plants are similar in that they are made out of plastic. As we humans are made self-conscious by our various failures to feel, say, like “real” men, women, Americans, or artists, we can imagine the plants, too, are burdened by a kind of imposter syndrome. And so, Rachel Youn wants to free these objects from the pressures of utility and authenticity. “But why?” I asked, somewhat naively, “The objects don’t know.” “Good question,” Youn said.

The only answer I can think of is that it is not about the objects, but what we—the viewers—can learn about ourselves from experiencing their manic, hopefully cathartic, unleashing of energy in the room. In both art and philosophy, this tends to be the case. In the latter especially, ordinary knickknacks, tools or home appliances are routinely called upon to serve as props in some thought experiment in which humans are the real protagonists. Arm chairs, water jugs, brooms, sometimes even live things like dogs or chickens. In the writing of Jean-Paul Sartre, which comes to mind in my encounter with Youn’s work, we meet the paperknife and the plant as examples of two modes of existence that are different from our own, and for that reason might just shed some light on it. Exchange paperknife for second-hand massagers and Youn has staged an existentialist drama.

To Sartre, the paperknife would be exemplary of a way of being in which essence precedes existence, that is to say: the object could not have come to be without its maker first designing a purpose for it. I should say that this goes for the massager, too. In the case of the plant, purpose and existence are one and the same thing. It has achieved what Sartre calls being-in-itself, a pure, unconscious and unquestionable way of being, which exceeds the sum of its parts. Humans, including viewers of art works, are destined, or doomed, to a status in-between the two. For humans—at least after the death of God (and religion is another key aspect of Youn’s work)—it is the other way around: existence precedes essence; there is no purpose other than the one we choose to make and maintain for ourselves on a daily basis. This leads to a certain jealousy of plants and paperknives. Imagine simply moving towards the sun, towards life, compulsively, thoughtlessly, without getting caught up in confusing and self-destructive patterns along the way. Imagine waking up every morning without a shadow of doubt as to why. Or standing on a dance floor unbothered by the question of whether you are truly having fun; whether, no more or less so than others, you are truly there. The relief. The calm.

When Youn bestows upon these objects a life outside of their pre-designed purpose and simple presence, it is, therefore, not only an act of benevolence. Existence comes at the price of standing forever outside yourself (ex, from Latin, means “out of”), or, as Sartre would say: Freedom is a plight. Immigrants to the United States know this, faced as they are with the “American Dream” more as challenge than as promise. East German youth had it the other way around when their country was pulled, like a rug, from underneath them at the fall of the Berlin Wall. Like immigrants often become more conservative, more attached to the spectre of their national origins as a response to displacement, the abrupt disappearance of the GDR was sublimated into at least two new tendencies: One, the resurgence of ethno-nationalism expressed in the violent pogroms of the early 1990s, and political movements like PEGIDA—a panicked and delusional recourse to paperknife-essentialism. And two, the epically escapist club culture, which made Berlin the world capital of techno music, and can be understood as an approximation of plant-life’s being-in-itself. Other options would include God, and, of course, suicide.  I am in no two minds about which one I would have gone for. And neither, I think, is Youn.

As an obvious reference for kinetic sculpture, I thought about Jean Tinguely’s Homage to New York, 1960, a “self-constructing and self-destroying work of art,” composed, not unlike the installation at hand, of cast-off objects such as bicycle wheels, motors, a piano, a go-cart, and a bathtub. His work was set into motion in the MoMA sculpture garden with the ultimate aim of disappearing, and so, of the escape routes listed above, we could say Tinguely went for the final one. The Swiss artist was associated with the Zero movement, which—understandable, given the influence of Sartre’s thinking at the time—sought existential meaning in approaching nothingness and immateriality. But of course MoMA kept the debris left over from the Homage to include in their collection. They probably took out an insurance policy for it, too. Tinguely should have known he was playing a losing game.

Youn’s sculptures can likewise seem self-destructive. They bump into one another, are liable to fall off their plinths, their engines due to combust. But their way around the perils of existence is a different one in which nothingness is not a real possibility—the massagers may be broken, but they are far from gone. For while Revival is festive, pleasurable and fun, its title also suggests a zombie-like state of reanimation, or half-life. If flowers are ordinarily understood, per the logic of vanitas painting, as reminders of mortality, what of those made out of plastic? Are they not the still more dreadful reminders of things that refuse to pass? Things that stubbornly, claustrophobically, even manically, remain?

This is a matter of interpretation, I think, which comes down to how we understand the word “camp”—for Youn’s work is definitely that. As Eve Sedgwick writes, camp is often understood as a mode of exposure whereby artifice highlights artifice. “In that way,” she argues, the “aesthetic on view is one of minimalist elegance and conceptual economy.” This is more in line with Tinguely, in that what he shows us stands in place of a void. Rather, Sedgwick suggests, a reparative reading of the term as “additive and accretive”; “an attempt to assemble nurture out of a realistic fear that the surrounding culture will not provide it.” By this logic, Revival exhibits the unlikely recalcitrance of even the cheapest of objects as exemplary. What we see in this motley crew of plastic misfits is perhaps a way of being in spite of obsolescence and regardless of essence; because Youn has mended, cared for and arranged them, perhaps—and here is Sartre one last time—a way of being-for-others? 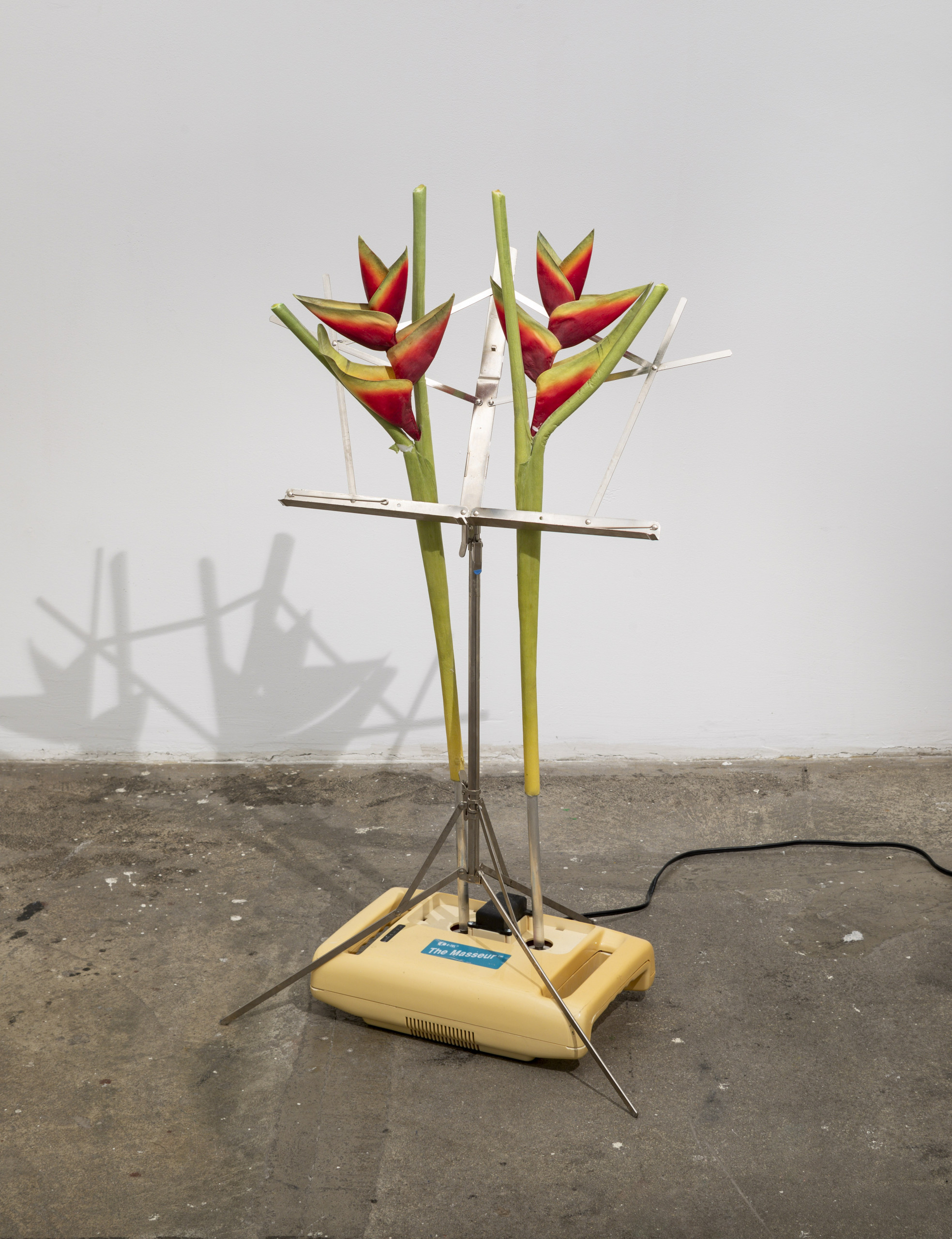 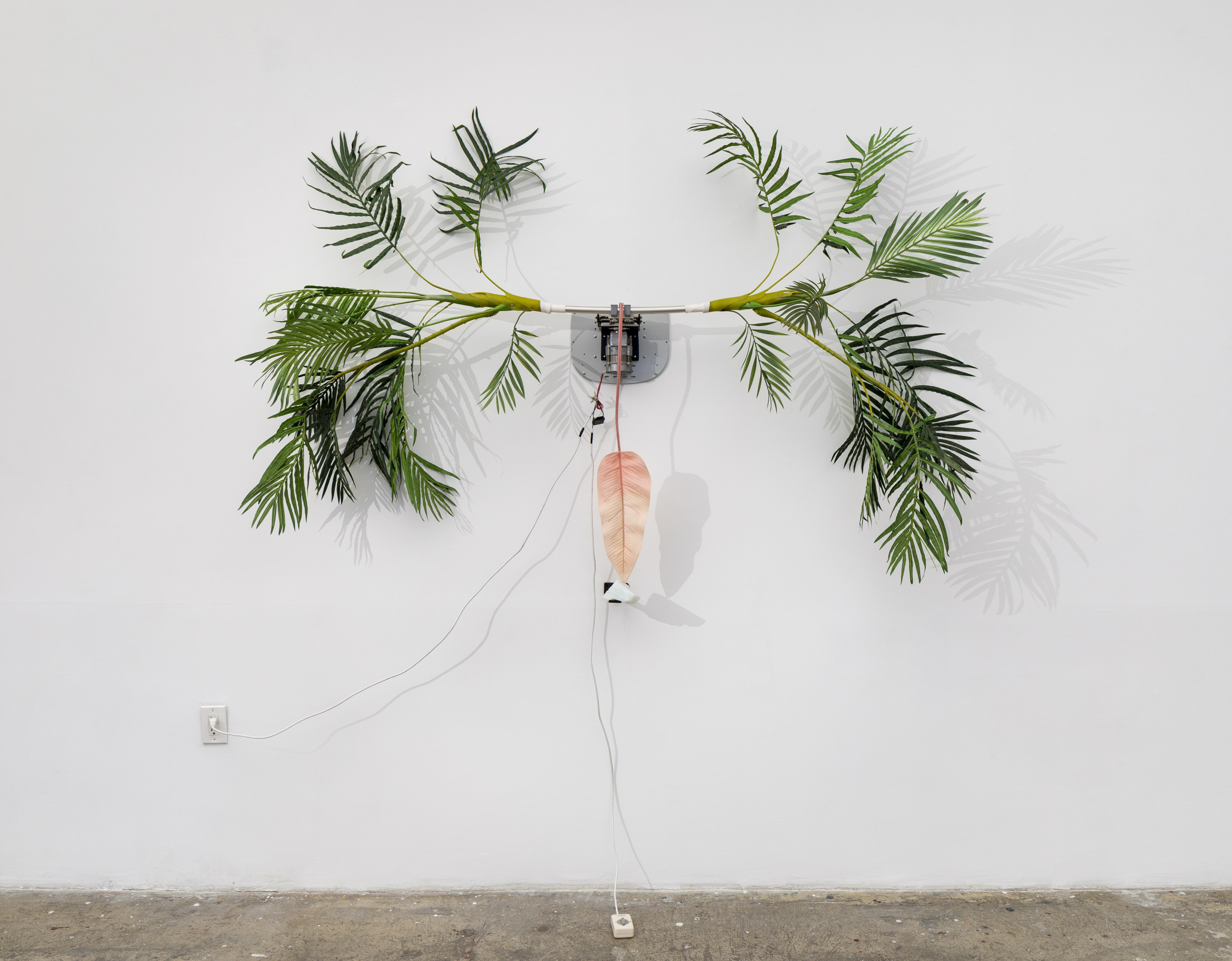 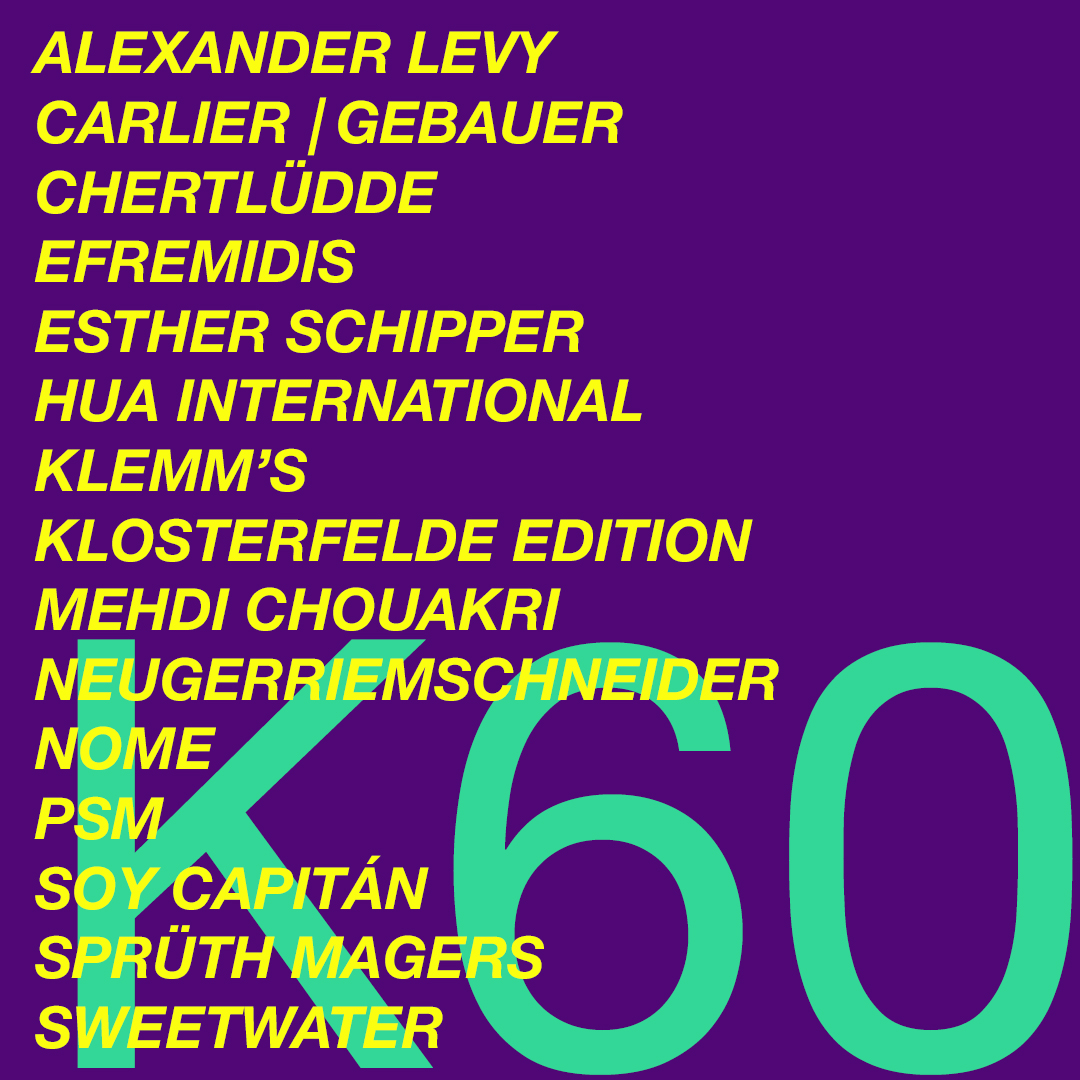 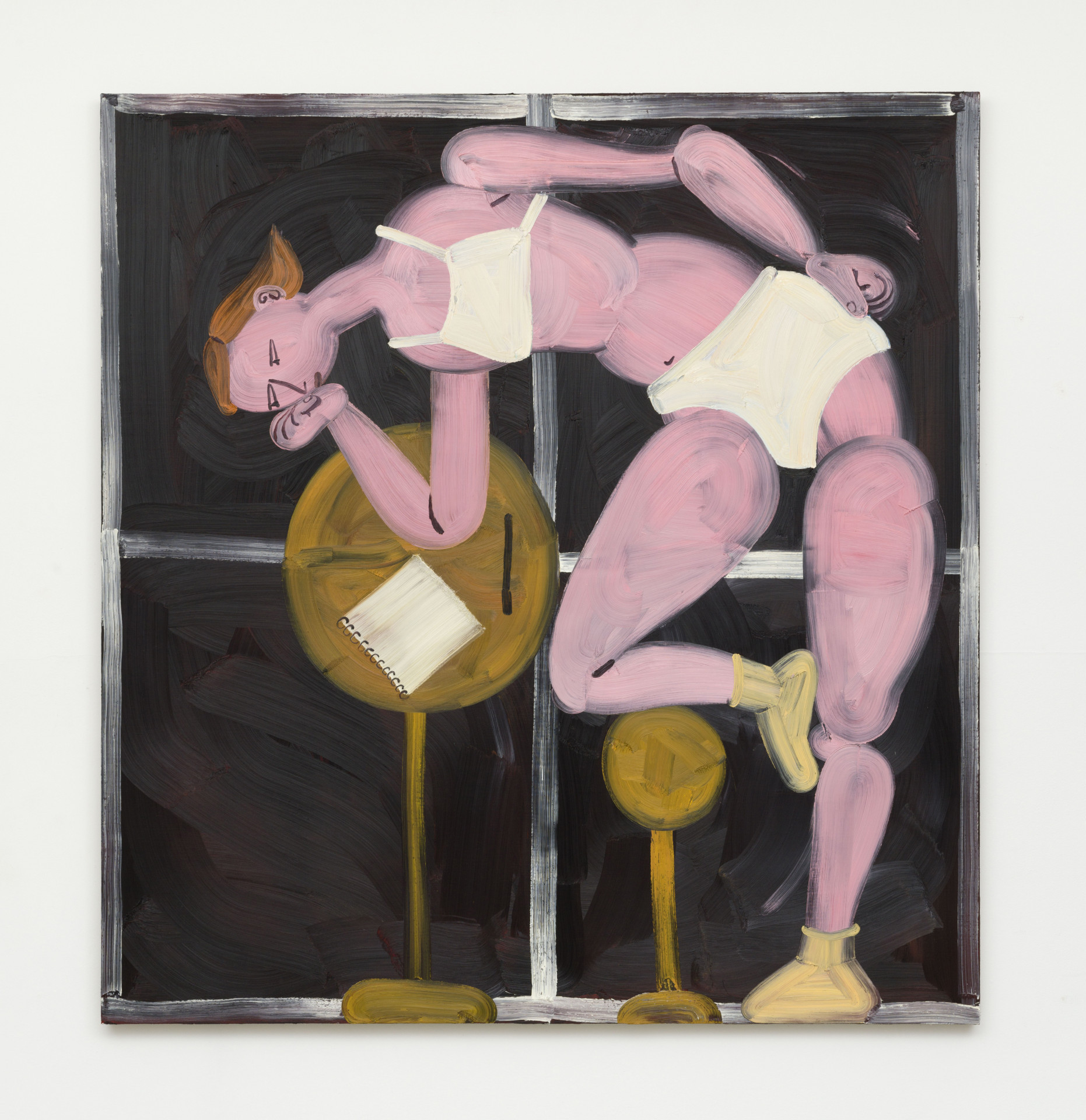 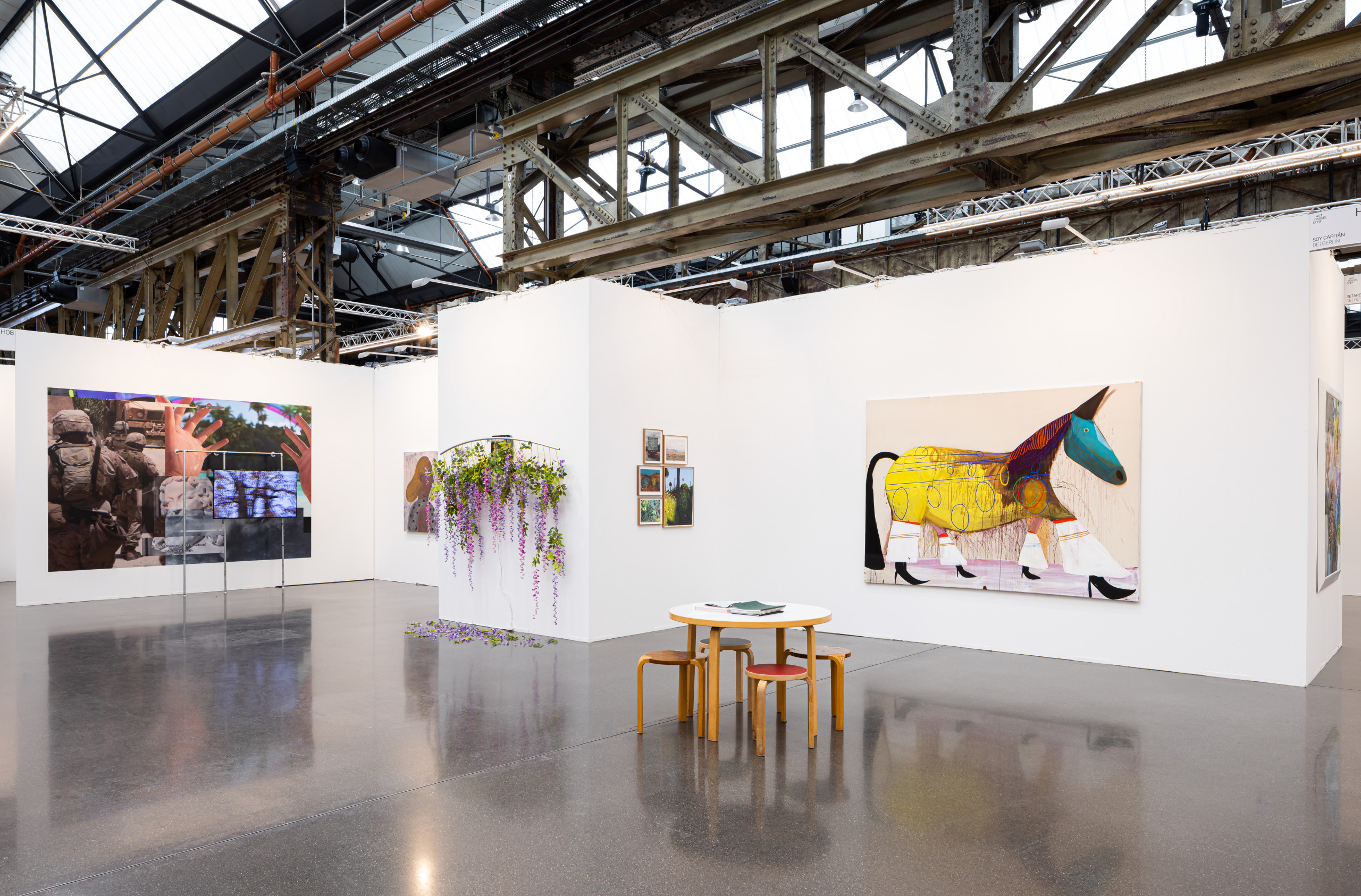 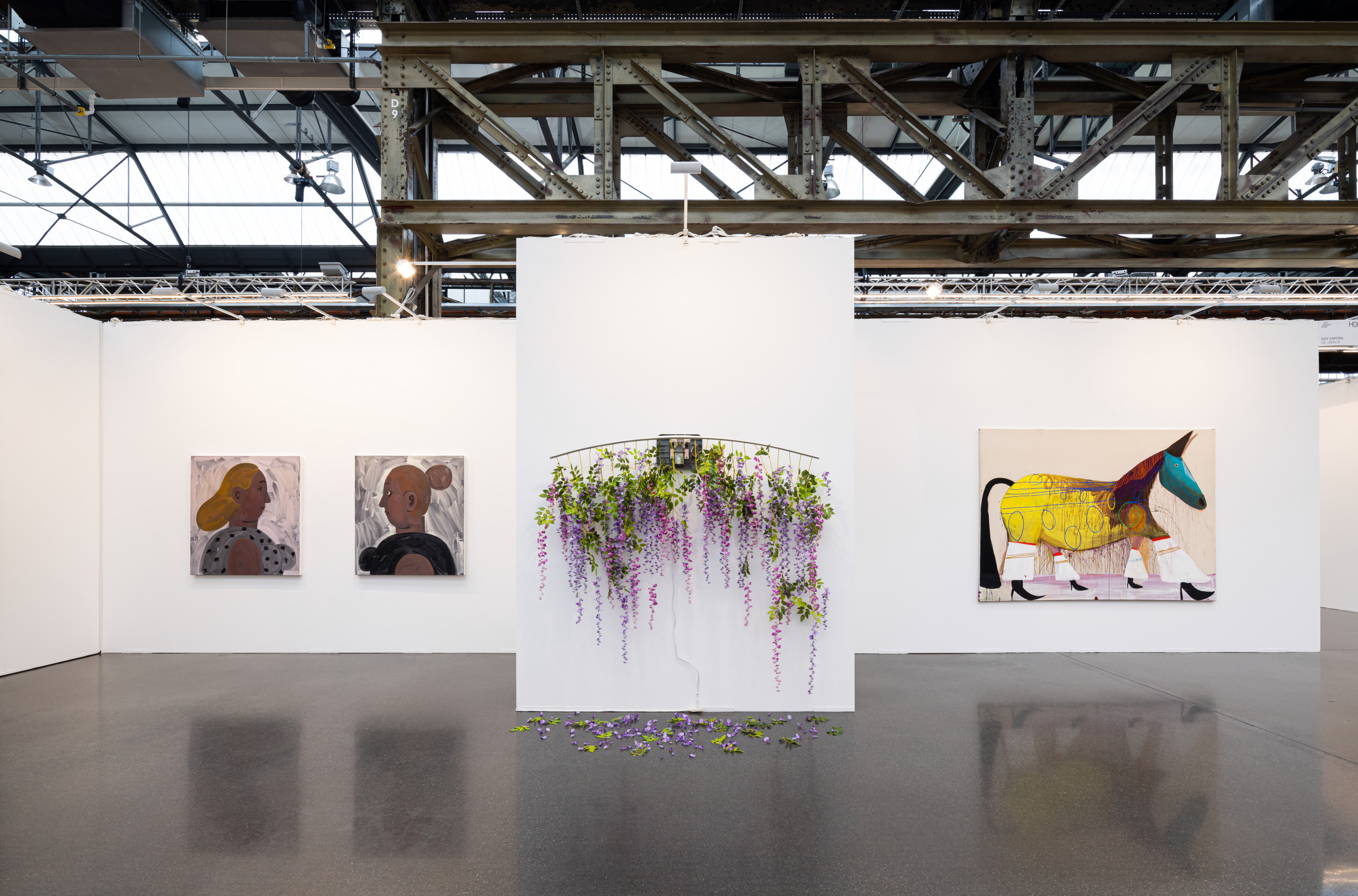