Grace Weaver (1989 in Vermont, USA) is part of a young generation of artists who in recent years have breathed new life into the tradition of figurative painting. Her large-format oil and acrylic paintings picture the most trivial aspects of life in the 21st century, and in that way, serve as an updated take on genre painting for our current times, and specifically for her generation. Protagonists of her works can be observed indulging in acts of self-care or leisure activities such as dressing up, shopping, doing sports, or sometimes simply being absorbed by their phones.

The strong visual impact generated by Weaver’s paintings draws from her ability to evoke mundane, relatable scenes by using simple forms and plain visual language. In her new oil paintings, on display at her solo show O.K. at Kunstpalais, she developed her approach further by focusing on smaller groups of characters in more intimate settings, featuring couples and friends or portraits of individuals. Embraces, hugs, and the exchange of deep, meaningful gazes become recurring, central motifs. Some of the canvases are filled with large, solitary shapes like a hand or a female torso. Repeatedly, objects linked to the appearance of the human body and its posture gain center stage. For example, a variety of shoes depicted in a new series of paintings seems to hint discreetly at their wearers’ particular moods.

A general sense of ambivalence lies in the expression of individuals in Weaver’s works. They ask the observer to read between the lines in search for the many connotations the phrase “O.K.” can imply. In everyday conversation a simple “O.K.” can mean anything from heartfelt approval to polite disagreement. Similarly, the figuration in Weaver’s paintings as well as her rich palette of warm and subtle colors offer a whole tableau to draw conclusions from. In correspondence with the oil paintings, the exhibition features a selection of Weaver’s charcoal drawings, which are themselves key elements in the artist’s oeuvre. They grant exciting additional insights into her working process. 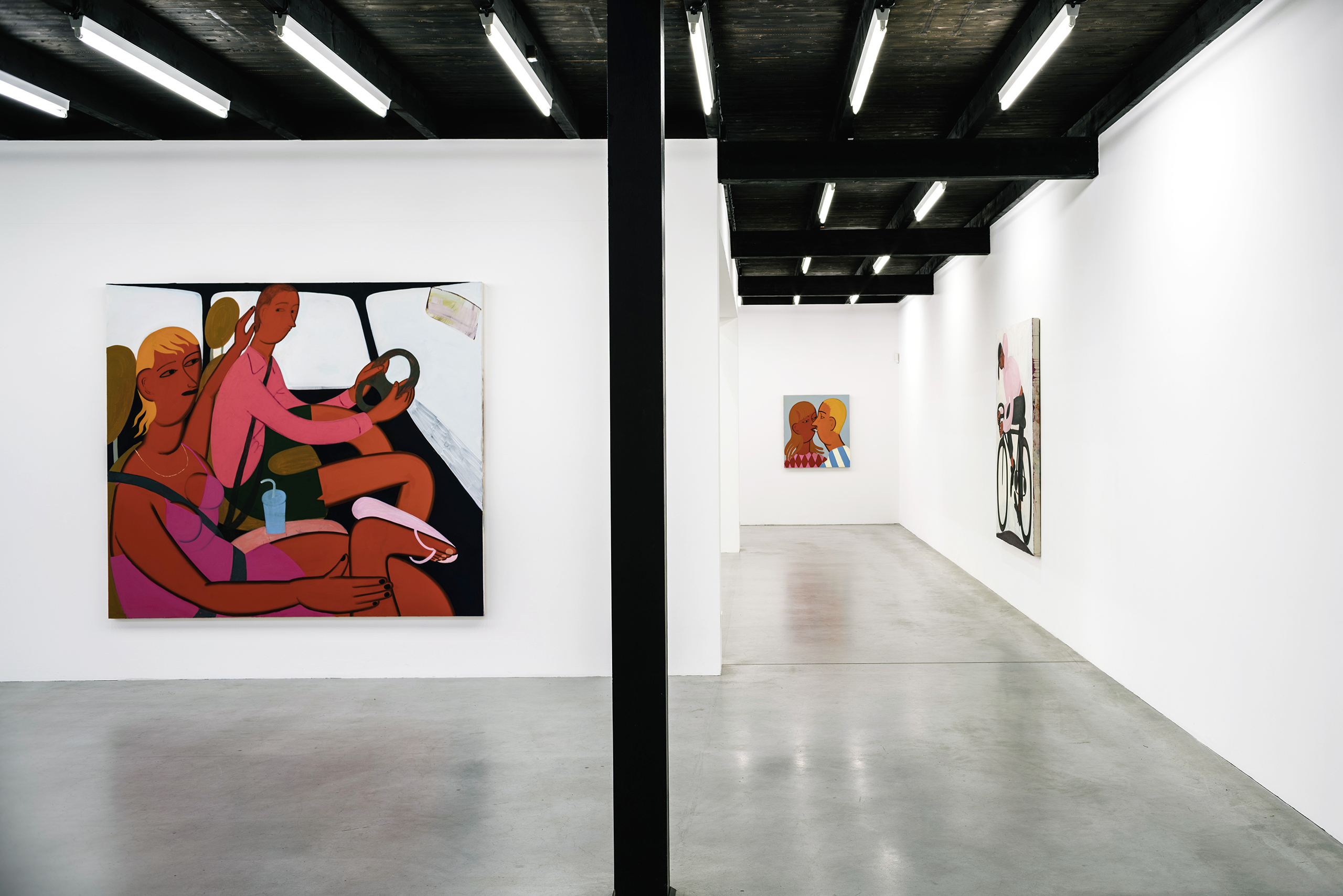 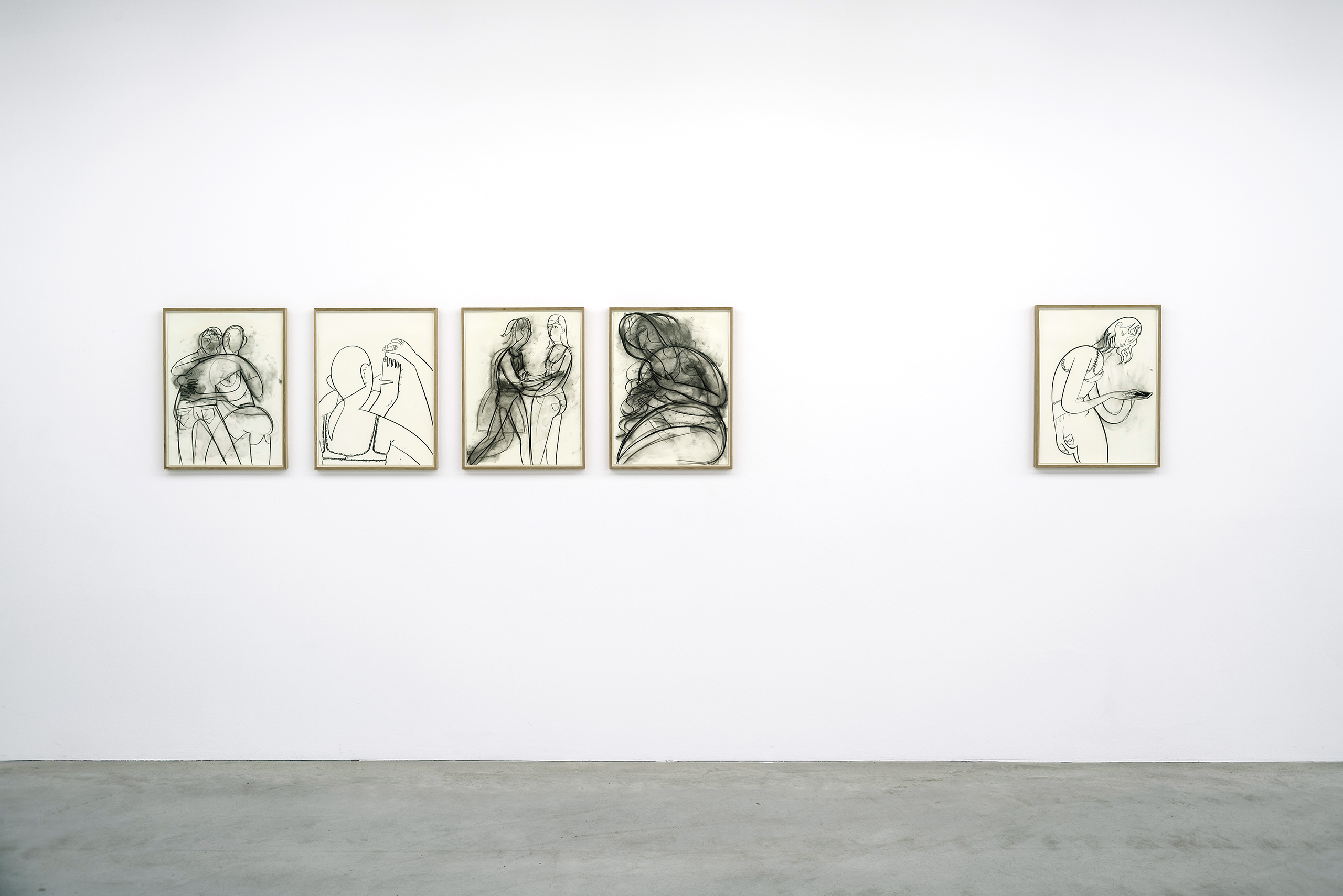 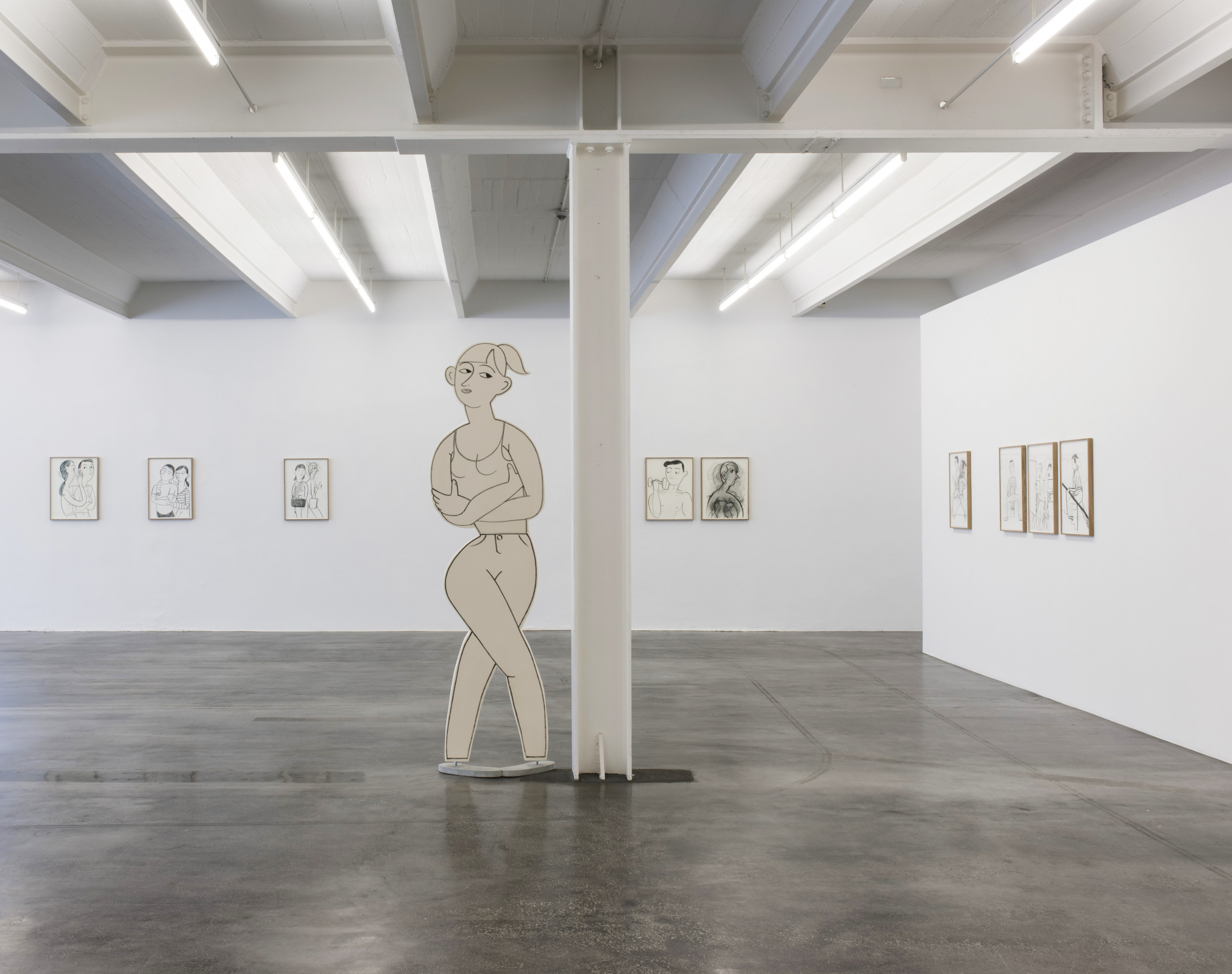 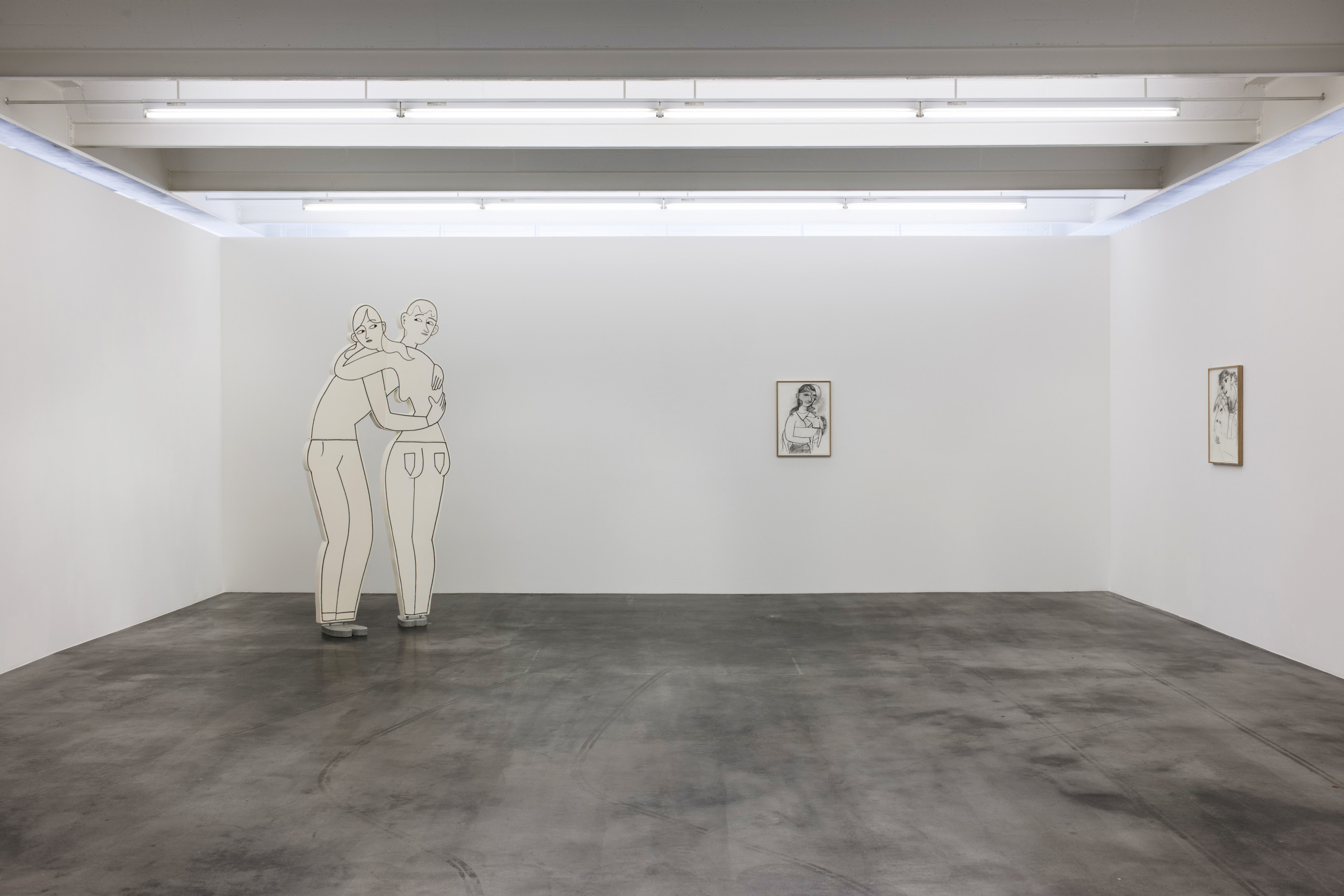 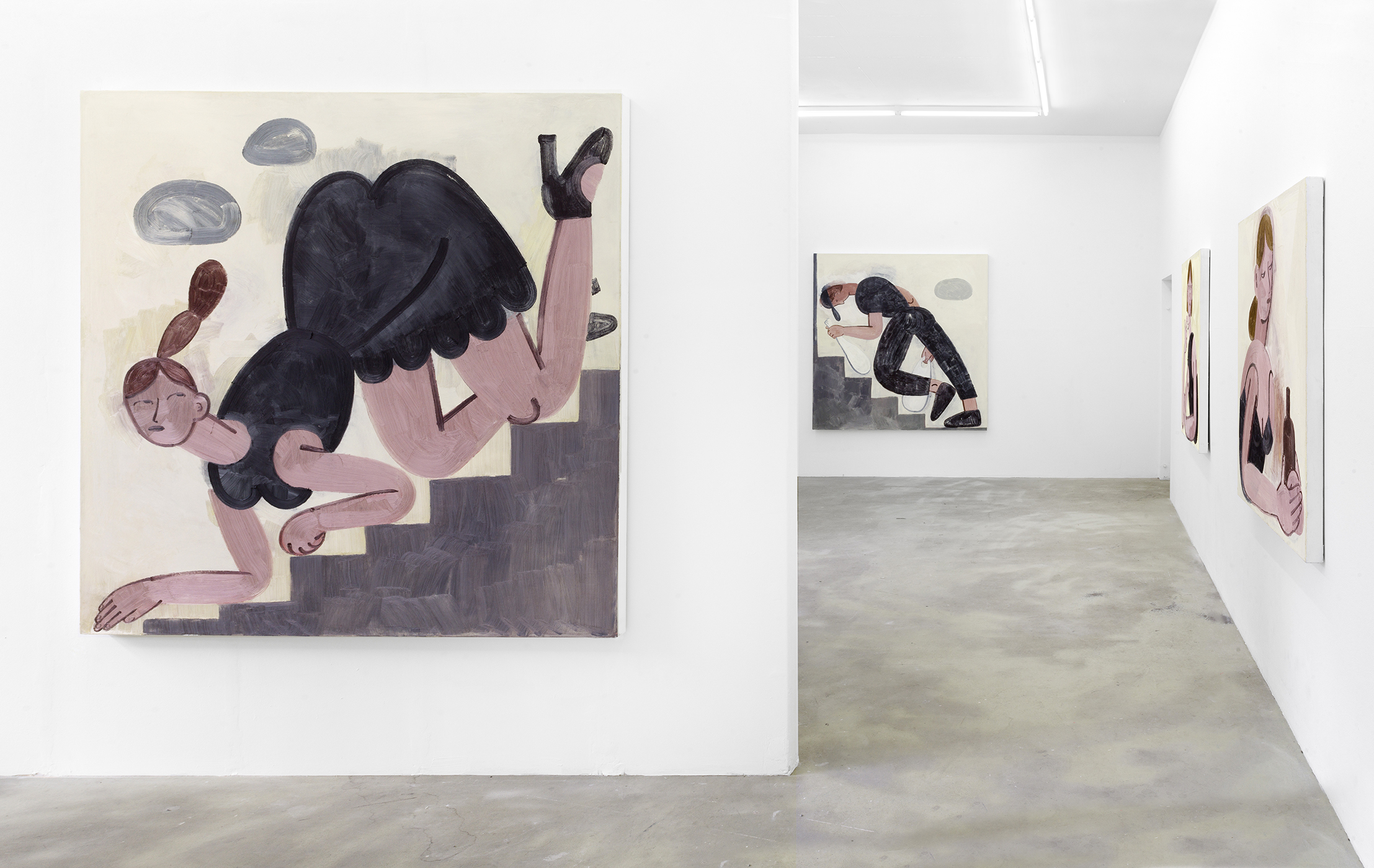 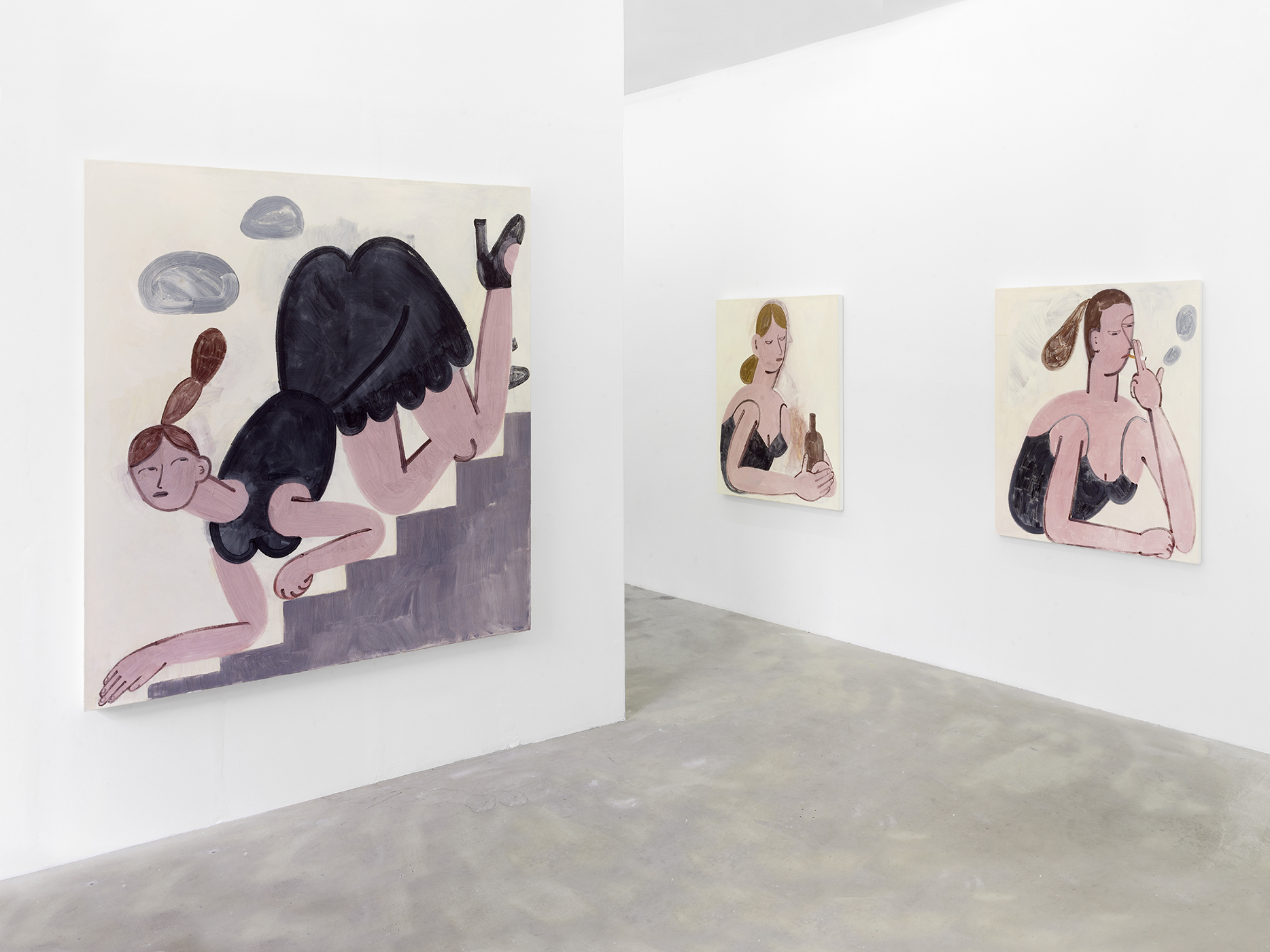